Courage is being scared to death - and saddling up anyway.     John Wayne 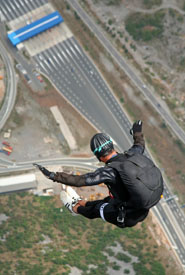 If you read our last article for men that are chronically shy, you will know that I used to be painfully afraid of social interaction.  I overcame those irrational fears.  We all experience fear in some form from time to time.  It's not the fact that you feel fear that can be a problem, it's how you deal with it.

Many people seem to think that brave men are born heroic.  They think that courageous men don't experience fear the way we do.  I would be terribly disappointed if that were proven to be true.  If scientists somehow discovered that brave men have a gene in them that somehow allows them to experience fear to a lesser degree than common men,  what a horrible let down that would be, to learn that heroic acts are done simply because of one's genes.

I choose to believe that courage and heroism is a choice.  I know this to be true because every time I surf waves that are over a certain size I feel this nauseous wave of fear creep into my gut.  I'm not ashamed to say that I've literally thrown up in the water from fear before.  But did it stop me from surfing those waves?  No, it didn't.  And for me personally that was a small, but heroic act.  To do something even though you're scared to death while doing it, is in itself a thing of beauty.

Am I telling you this to boost my own ego and show you how brave I am?  No.  I'm trying to help you understand that no matter where you are in life, no matter what hurdles you face or how insurmountable a task may seem, you can force yourself to take action.  We aren't born courageous.  It's not a gift like high intelligence that you must be lucky enough to have in your genes.  Even the most fearful of people can over time develop real courage.  As I've said before, merely acting strong can lead to the development of real strength.

My favorite movie is Braveheart.  My favorite scene in the movie is when William Wallace gives the famous speech "...and dying in your beds many years from now, would you be willing to trade all the days, from this day to that, for one chance, just once chance, to come back here and tell our enemies that they may take our lives, but they'll never take our freedom!"

That's my favorite scene in the movie because it's about living now and not fearing consequences or death.  It's about not living with regret.  It's acknowledging that we all die eventually so rather than tiptoe safely to it, embrace life and take risks!  Live now!

Yes if you approach a hot woman you may fail, you may look foolish, she may laugh at you.  But will you be any worse off after the attempt than you are now?  Do you have her phone number right now?  What's the worst thing that can happen?  That's right, you still won't have her phone number.  But you'll be better off for trying because you took a chance!  You were courageous enough to say "I don't give a s*#t what she or anyone else thinks, I'm going to do what I want to do."

Think for a moment about how you'll feel when you're 80 years old.  You've lived your life and you're laying in a hospice dying.  How will you feel?  Will you remember your life fondly, knowing that you lived every day to its fullest?  Or will you weep bitter tears wondering why you didn't take more risks and live the way your heart pleaded with you to live?

Regret is a horrible thing.  Don't force that burden upon yourself.  I want you to take a pledge right now.

"To the best of my ability, I will never back away from a challenge due to irrational fear.  I will live every day like it's my last.  I will suck the essence out of life itself so that when I die, I can look back on these days with pride and contentment."

All men die, not all men truly live.     William Wallace