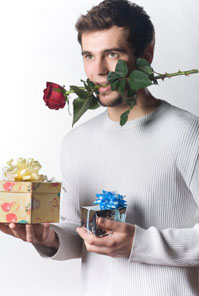 Want to lose the woman of your dreams after the very first date?  Have flowers delivered to her home and call her the very next day.  Tell her how happy your are that the two of you have met.  Then tell her you're certain you'd have beautiful children together and that you've been daydreaming about how wonderful it would be.  Ask her to go out with you again as soon as possible because you miss her...

Act like that and I guarantee you won't be getting another date with her.  If you do then there's something wrong with her.  She's either fat, ugly, or psycho.  That's a fact.

"But my (mom, sister, chick friend) said that I should buy them flowers and tell them how wonderful they are and treat them like the princess's they are!"

While they may mean well, most women are going to tell you to do the exact opposite of what you should do.  This is because they probably don't truly understand what makes them tick inside.  Your job is to act like a man, and men must be won over.  Your life doesn't stop because you've met some woman.

Look, women want men that other women want.  First of all you're a man.  So act like one.  You shouldn't have time to call a woman the very next day after a date.  You have things to do, people to see, and more importantly OTHER women vying for your attention.  By calling her back the very next day you're letting her know that she's already won you.  So from her perspective what's the point.  It ties in with being a mystery which I spoke about in the last article.

Women often don't even realize they're doing it but if you present yourself as a challenge, someone that's to be won over rather than a chump who's flinging yourself at her feet, then she'll be more attracted to you.  So how do you accomplish this even though she's the hottest thing you've ever laid eyes and you're dying to call her?  Well for one thing you never date only one woman at a time, but we'll get to that later.

First of all, when you very first get a woman's phone number you never, and I mean NEVER call the next day.  You wait five days to call her.  You're busy, you have things to do and other women hoping for your attention.  The world doesn't revolve around this one woman.

After five days you call and ask her out.  Keep it brief, stay on the phone for no more than 5-10 minutes.  Make up an excuse if you have to but get off the phone.  This is where a lot of guys blow it.  They stay on the phone for two hours spilling everything there is to know about themselves.  Then there's no reason left to go on a date.  She'll also think that you must really be into her to spend two hours on the phone chatting.

The date you take her on should be an action date.  Something physical be it hiking, tennis, or arcade games at Dave & Busters.  Do something active.  You don't want to spend the entire date talking.  Show her a good time.  Be confident, funny, and most importantly FUN.  Have fun with her!

Be sure not to throw meaningless compliments at her.  Women are used to this and can see right past them, especially the hot ones.  If you're going to compliment her make it seldom and make it be unique.  Make it about an aspect of her personality that you like or a skill she has.  It should be something that she hasn't heard from any other guy.  You want to be the guy that's "different."

And when the date is flowing along nicely, end it.  Don't wait until that uncomfortable period when she tells you that it's time to take her home.  End it when you're both having a good time and the night is young.  Leave her wanting more of you.

Are you seeing a trend here?  That's right...  you always want to leave her wanting more of your attention.  That's how infatuation develops and it's a very good thing to have beautiful women infatuated with you believe me.  Unless she's ugly, that can be unpleasant and seems to happen to me more than I'd like.

The bottom line is that women love a challenge.  They love a mysterious man.  They want a bad boy that's rough on the outside but a teddy bear on the inside and only she can see it.  They want a man.

There is room in a relationship for flowers, poetry, and declarations of adoration.  But that comes later, after she's earned those things.  And when those things are done they should be as rare as they are sincere.  Women can be fascinating, wonderful creatures, but first they need to prove that they're worthy of your attention. 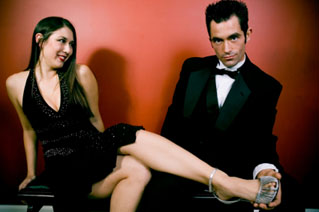